The “golden age” of stonemasonry was manifest here in Borris during the late 1700s and early 1800s.

The premises now known as Joyce’s was built as an inn in 1827. This beautiful three-storey house with centuries of history has stood the test of time through the generations.

John and Nora Joyce became owners of the premises in 1923, and established a thriving hotel, bar, grocery and undertaking business. In those days it was known as Joyce’s Hotel, and it was hugely popular amongst commercial travellers.

The hotel served meals, especially on Fair Days, which were very frequent in those times. Fair Days were occasions where local farmers brought their sheep and cattle to the town and sold them on the street.

“Refreshments” for the men were then served in the bar until the small hours of the morning (bars were places for men only back then).

The grocery trade was a busy as the bar, with fresh local products such as butter and eggs in high demand. During the Second World War, food was rationed and people were given ration books for buying basic foods like bread, sugar and tea. Tobacco was also in short supply, and Woodbines – the working man’s cigarettes – were in high demand. After the war, life came back to normal and it was business as usual for Joyce’s pub. The porter, which was bottled, corked and labelled on the premises, was as popular as ever.

The undertaking business was also prospering. A horse-drawn carriage was used and was kept in the coach house in the yard. Horses’ hoofs were polished black for funerals, and the coachman dressed elegantly for the occasion.

In those times, Joyce’s were also involved in livestock trading. In the 1960s, Cunninghams of Waterford paid weekly visits to Joyce’s to buy pigs from the local farmers. Another common sight to be seen was the sheep dipping in the adjoining dipping yard. This annual event was marked on the calendars of farmers.

Ted took over running of the business following the sudden death of his father in 1953 with help from his brother Jay and sister Nan.

Ted married Helen McDonald in 1962 and the house reverted back to a family home with their 7 children. Ted had a huge interest in all sport especially GAA, having himself won a Leinster football medal in 1944.

The pub is now run by this son John.

Meanwhile, there was also a lot happening in the bar. If the “Tap Room” could talk, it would tell many a tale, as it was a place of regular meetings of the local political parties. Raised voices could be heard billowing from here. It has also been said that the great Charles Stewart Parnell addressed the crowd from the upstairs window during his political campaigns in the late 19th century.

As the years passed by there was always something engaging about Joyce’s. Regardless of all the changes from 1923 to these days, the character remains the same – great pint, a good chat and no less craic !

A VIEW FROM THE PAST 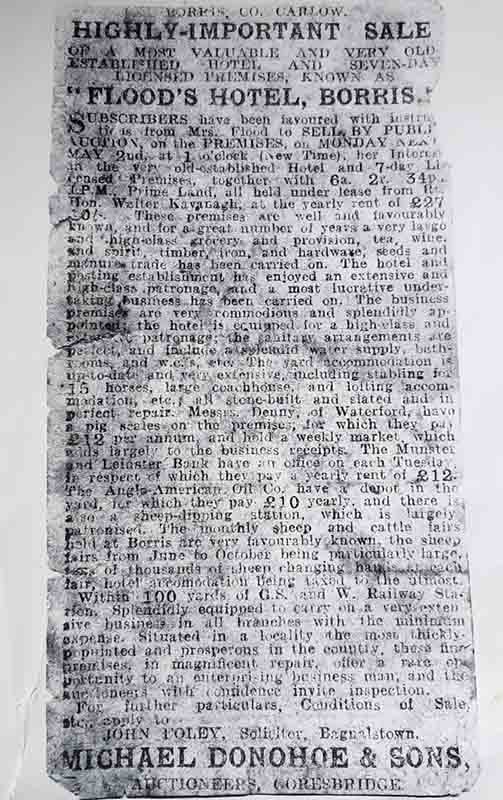 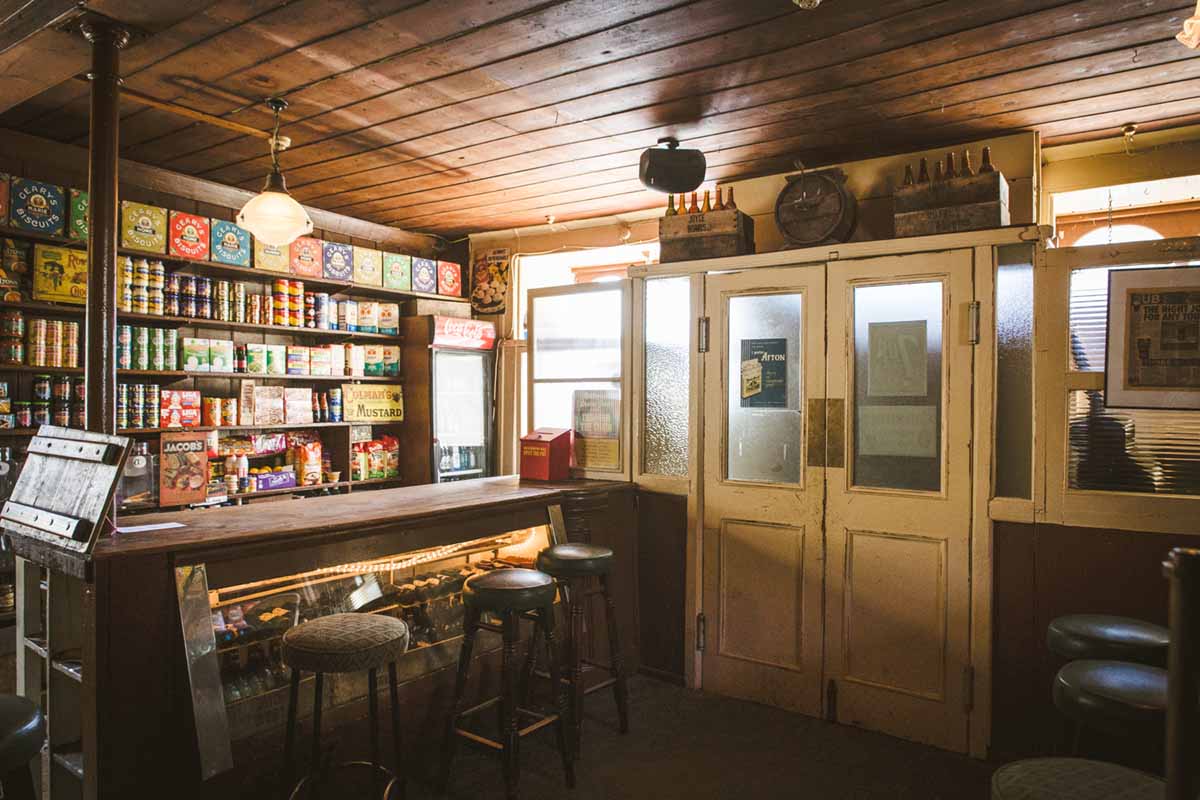 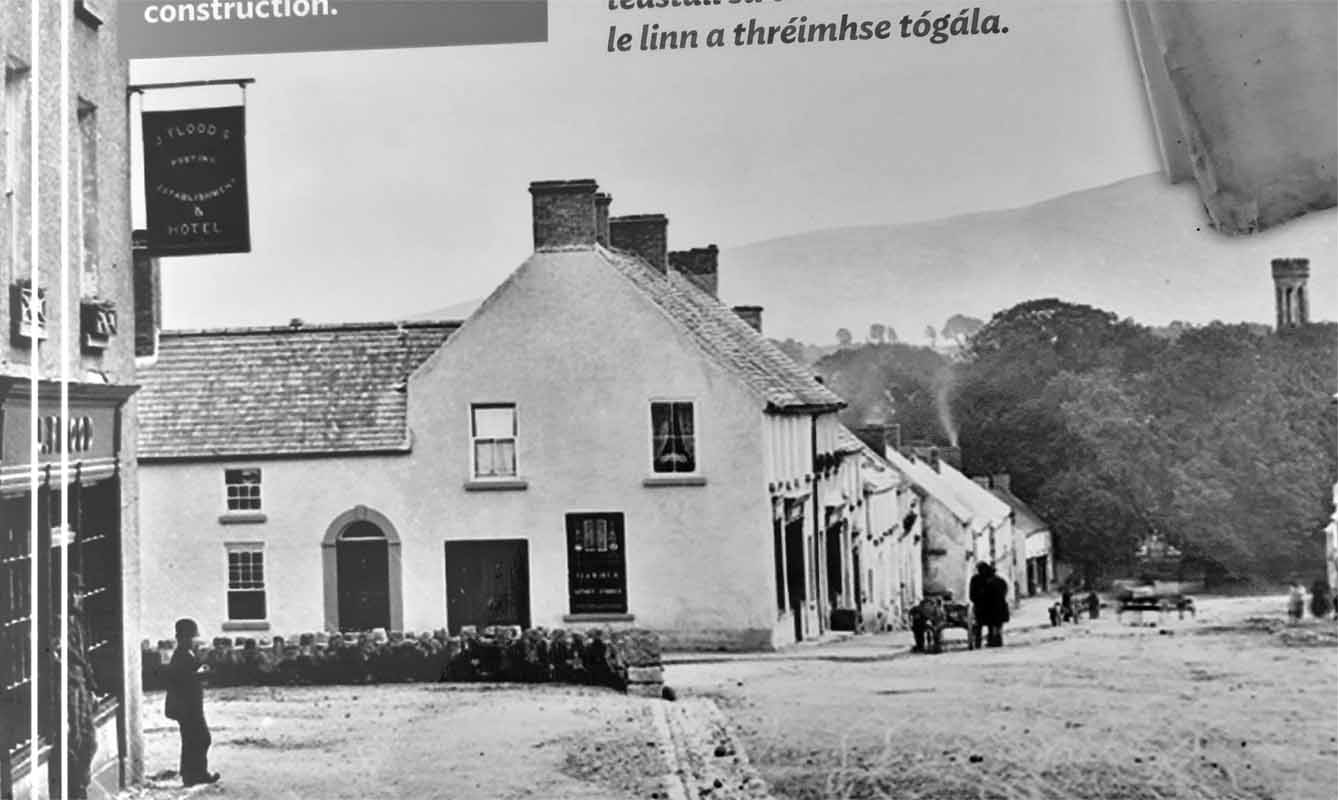 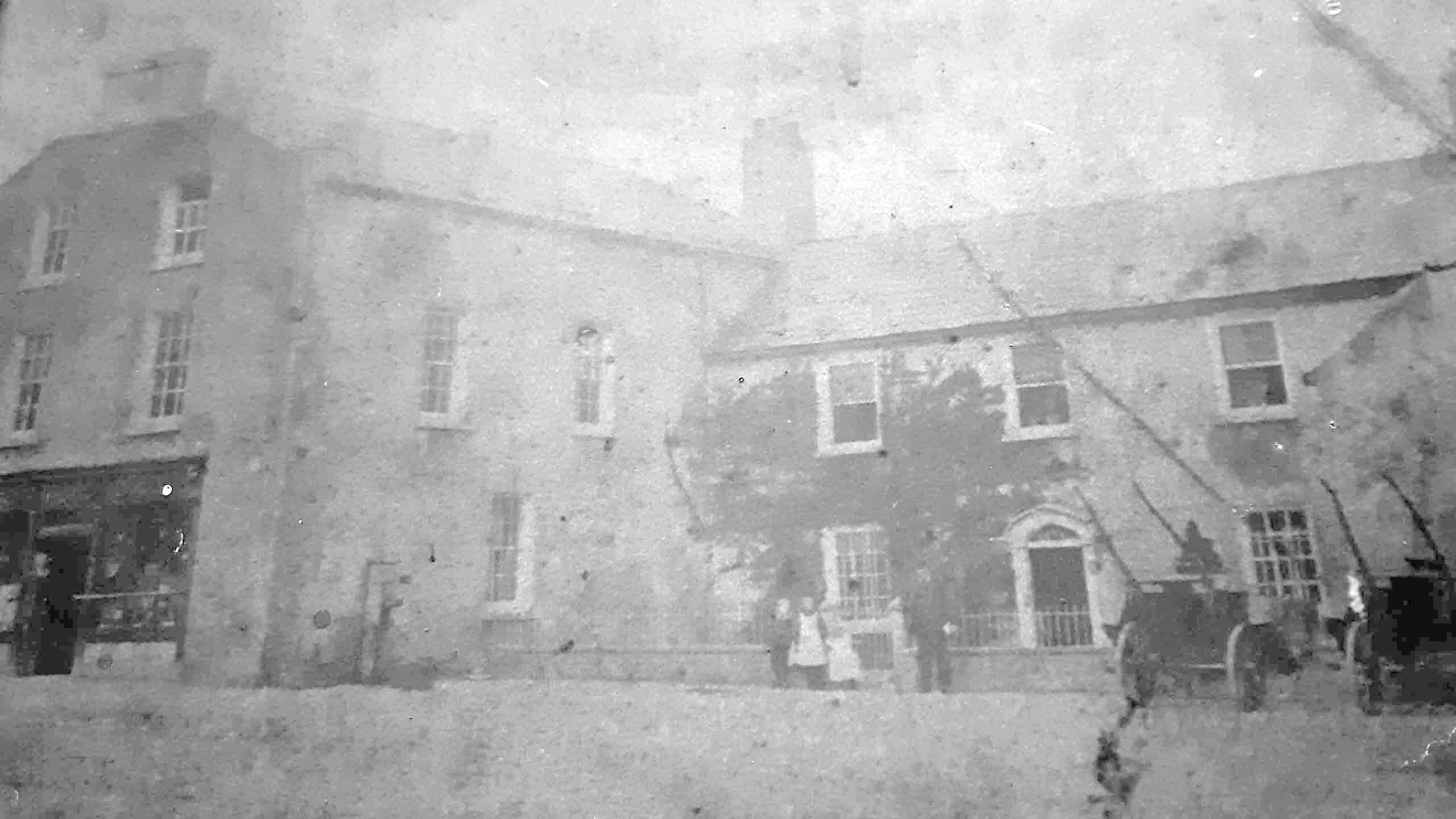 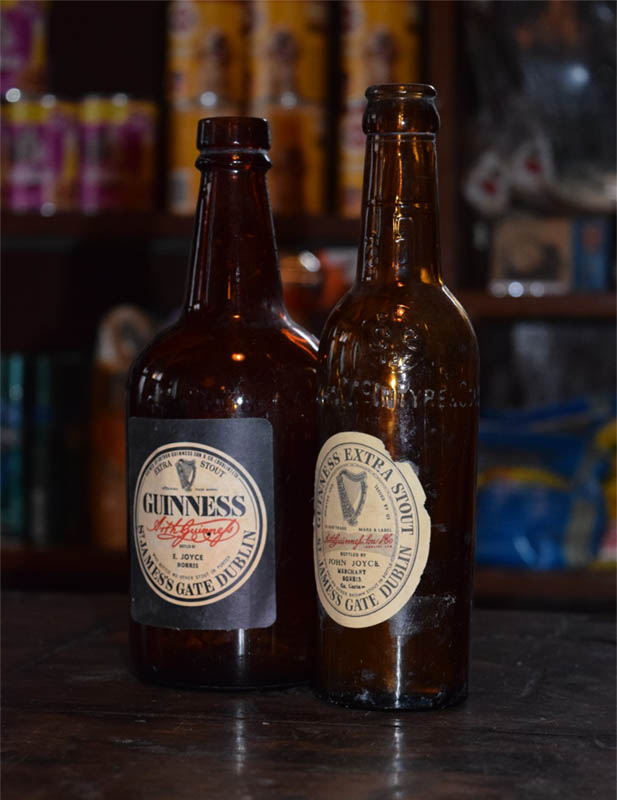 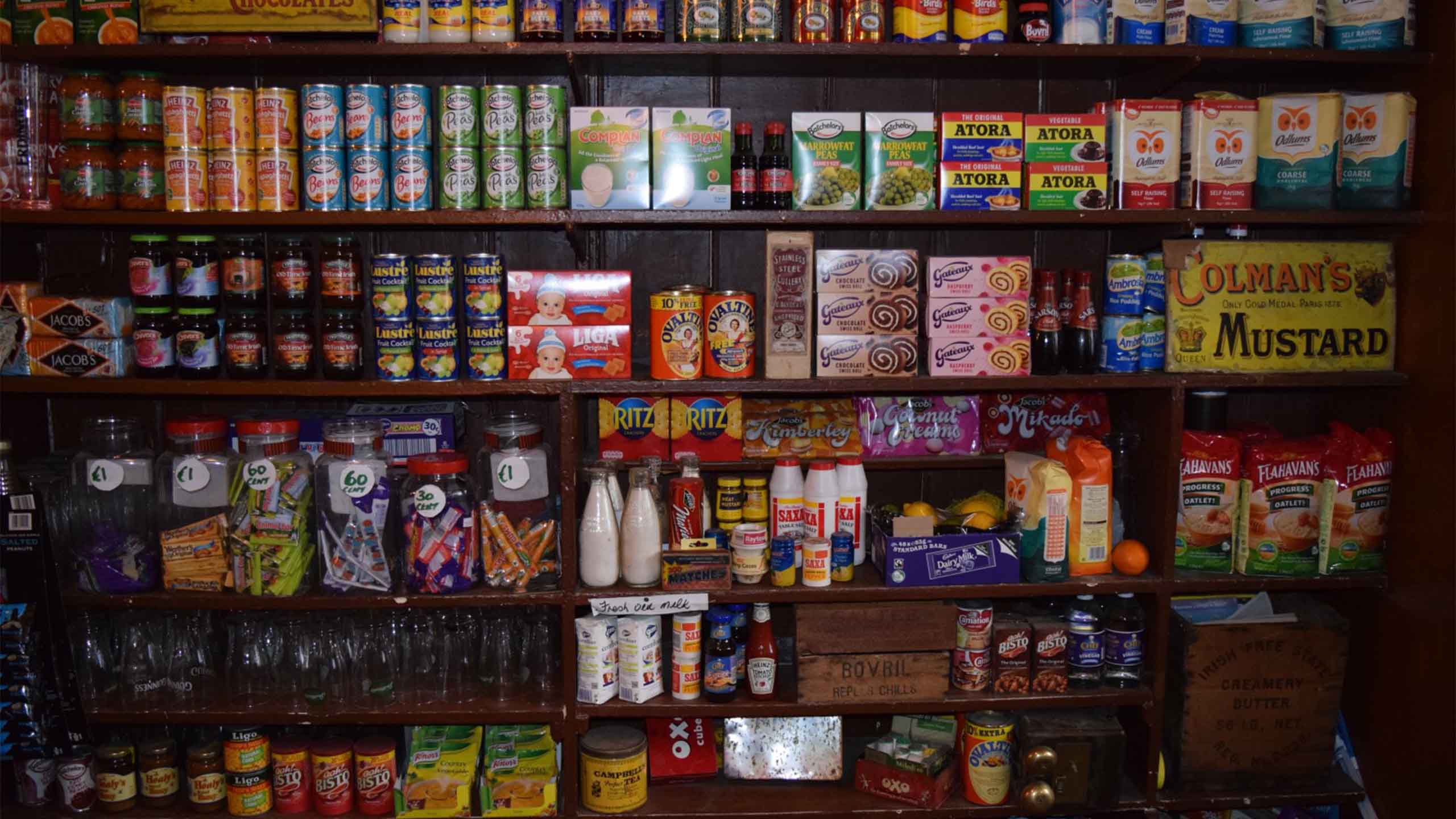 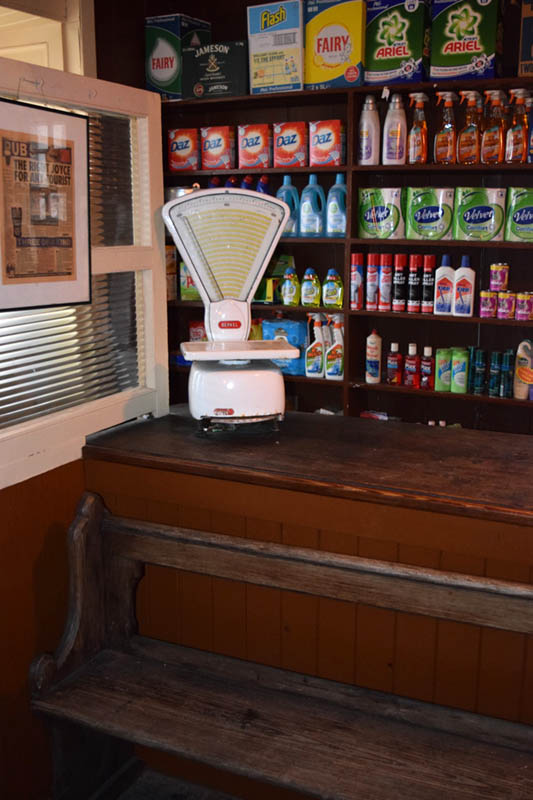 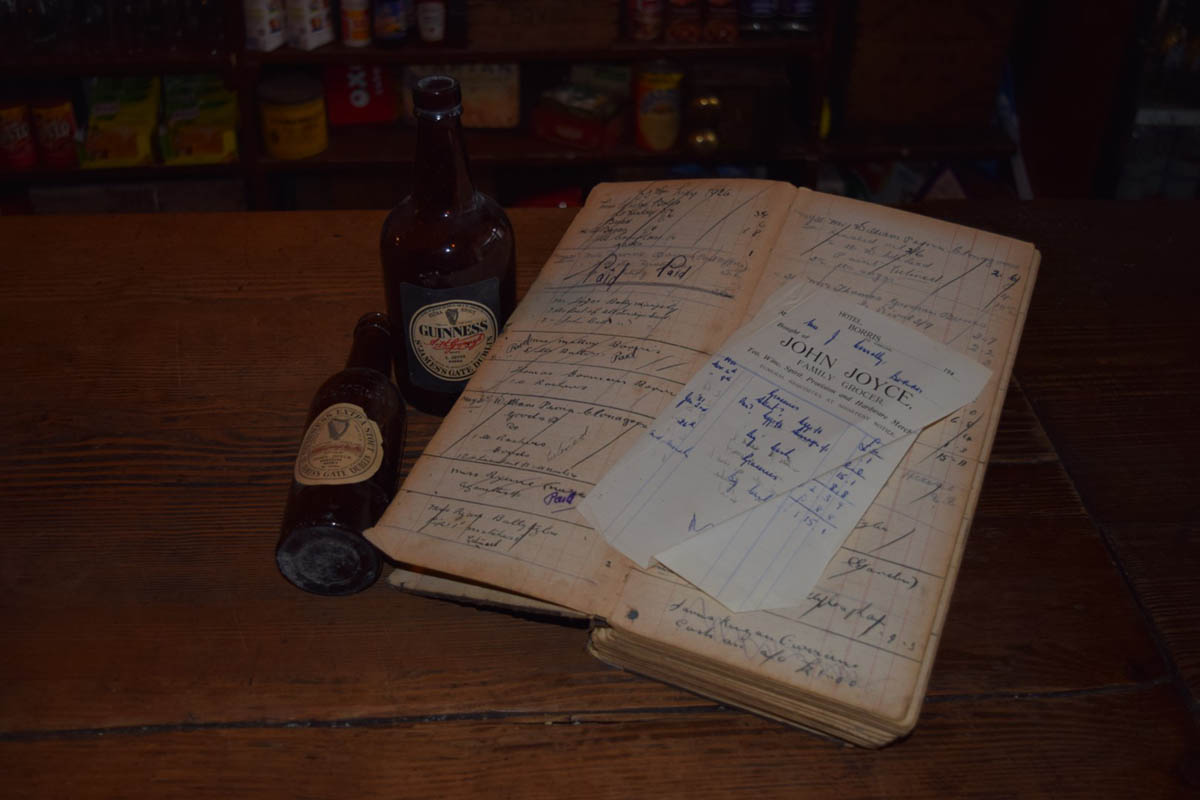 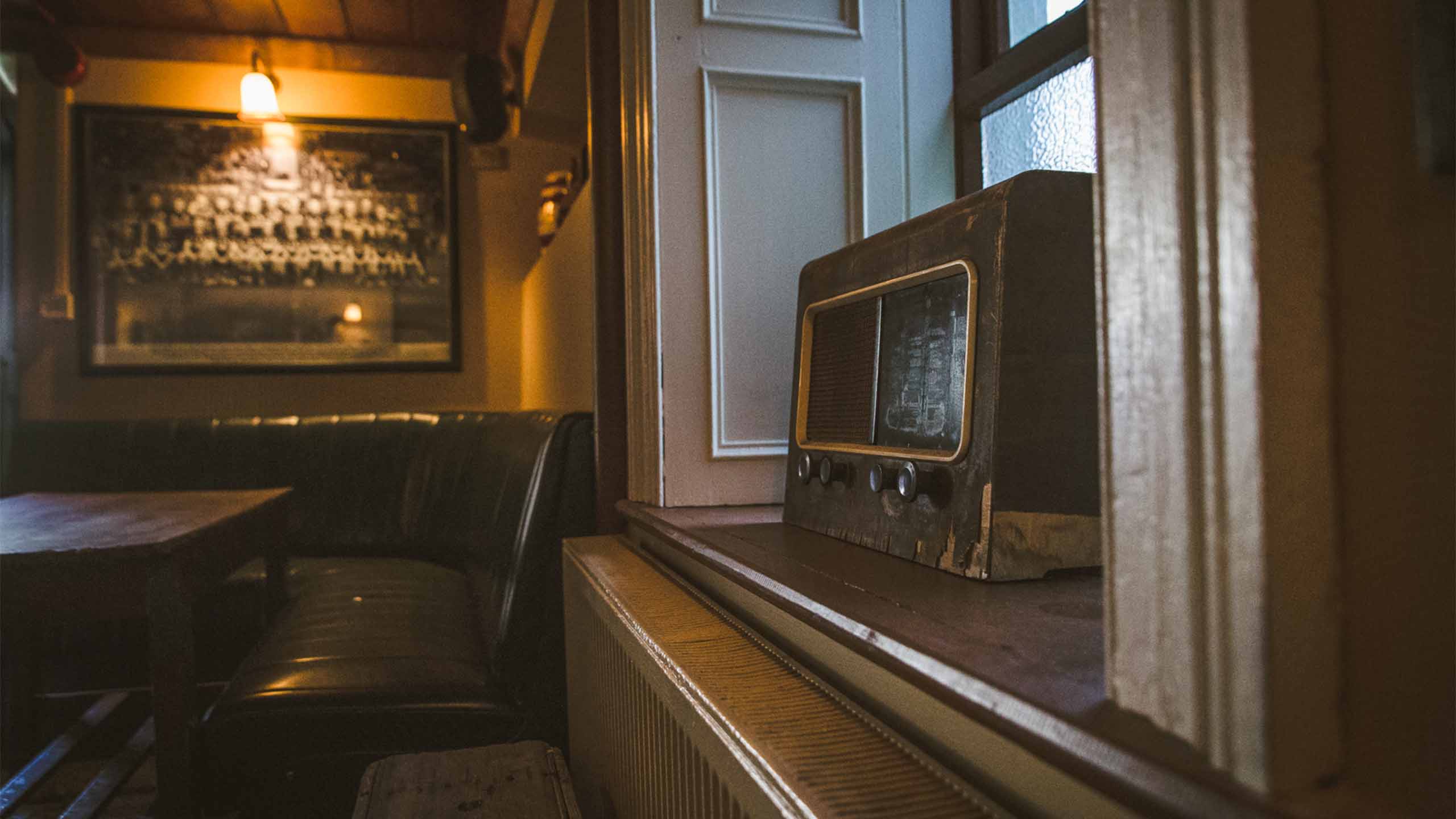 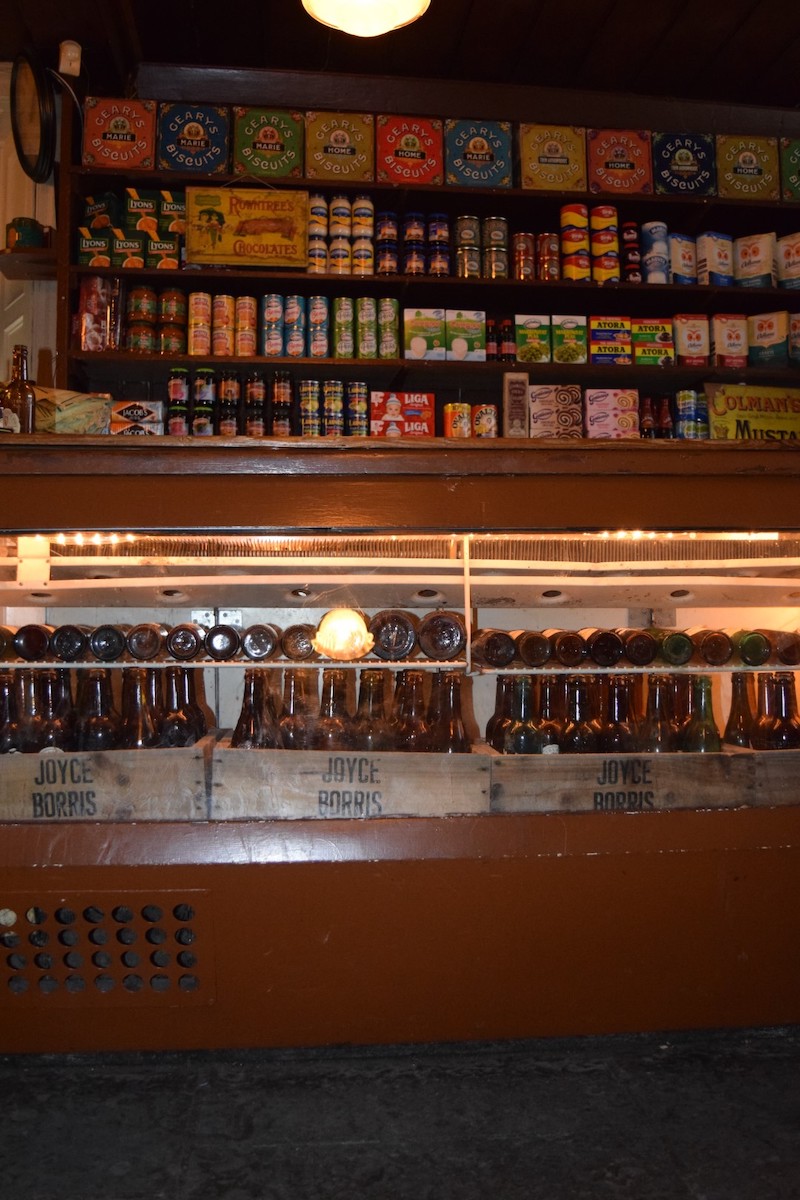 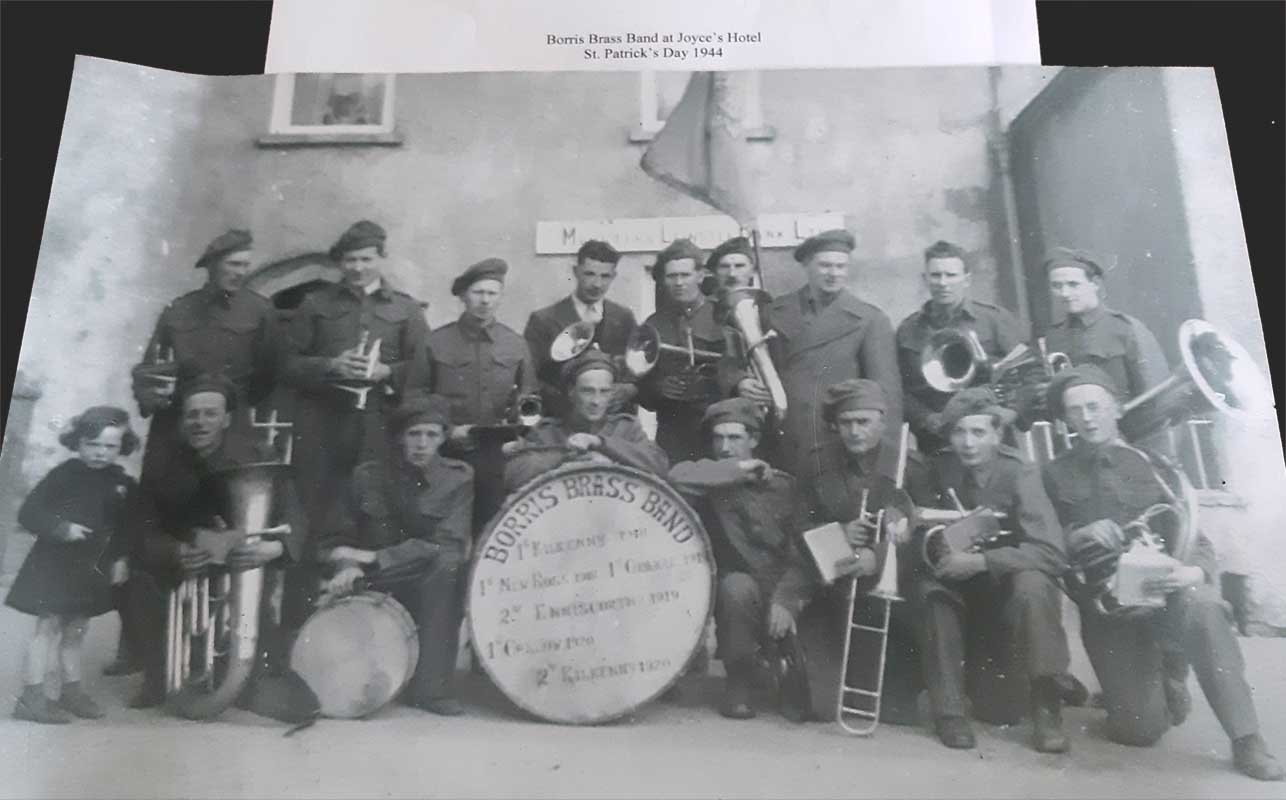 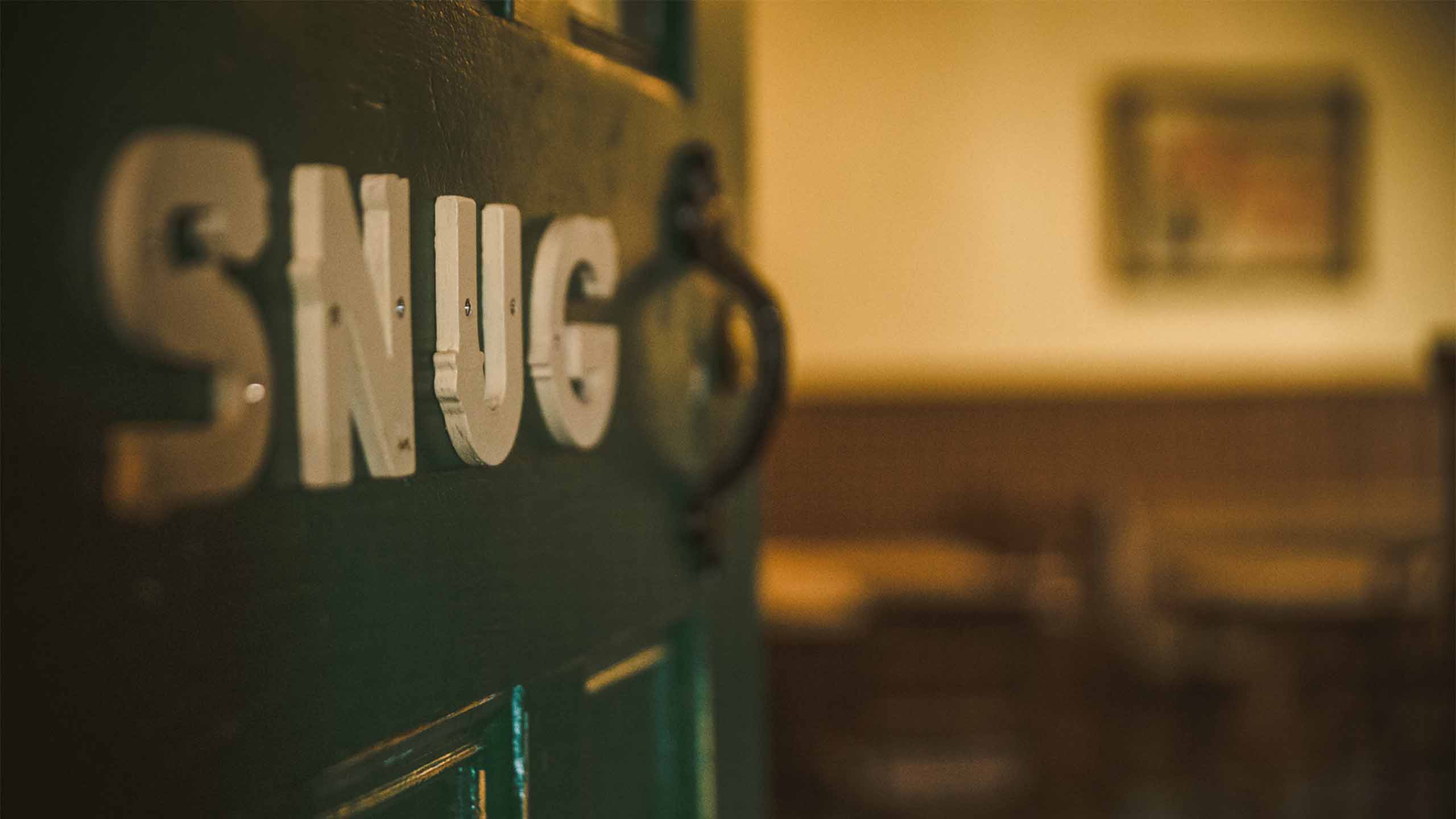 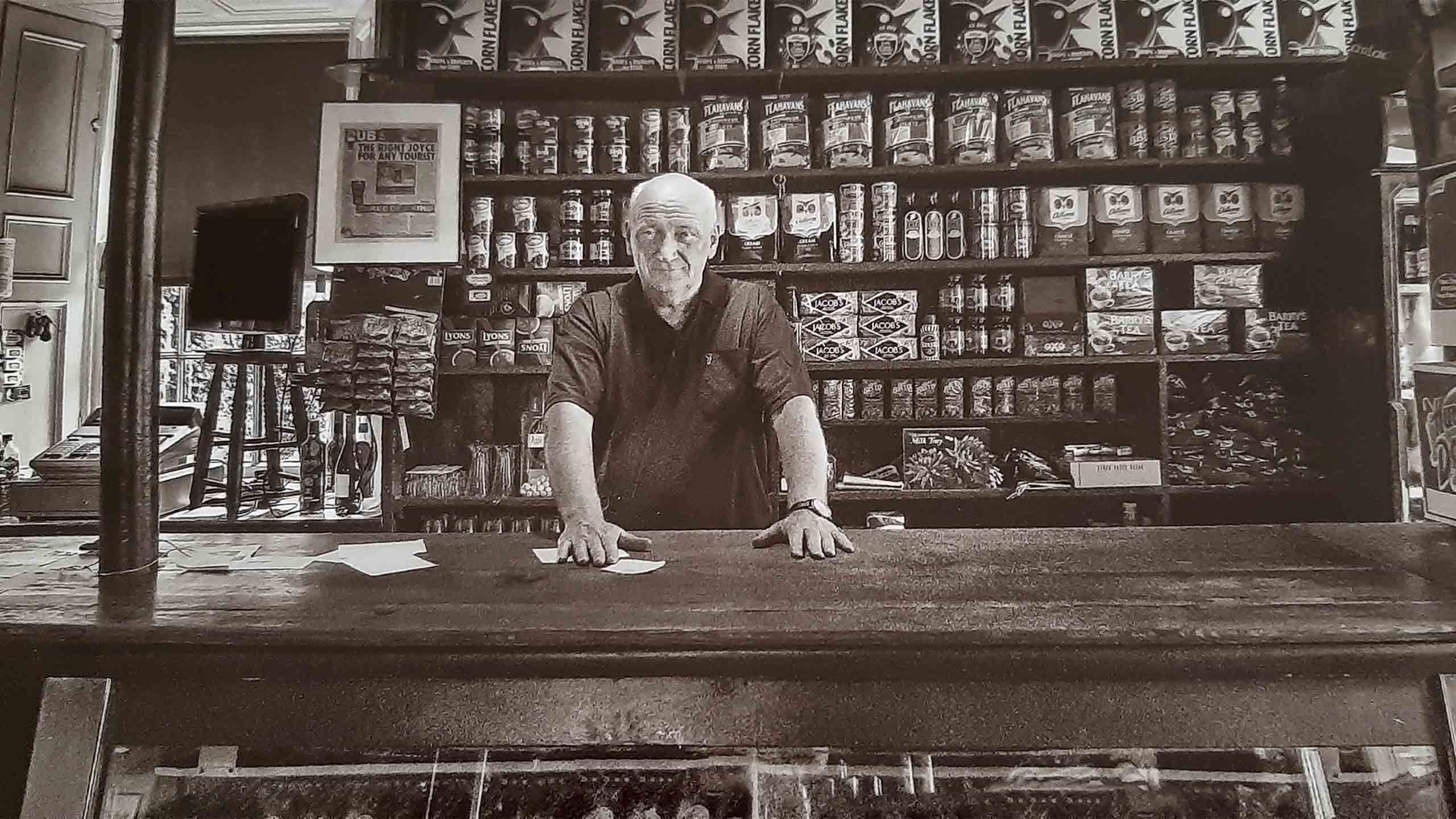 Due to Covid-19 restrictions our opening times vary depending on government policies.
Please contact us to confirm bar opening times prior to your visit.

For funeral arrangements we can be contacted 24hrs a day, 7 days per week.

Page load link
We use cookies on our website to give you the most relevant experience by remembering your preferences and repeat visits. By clicking “Accept All”, you consent to the use of ALL the cookies. However, you may visit "Cookie Settings" to provide a controlled consent.
Cookie SettingsAccept All
Manage consent

This website uses cookies to improve your experience while you navigate through the website. Out of these, the cookies that are categorized as necessary are stored on your browser as they are essential for the working of basic functionalities of the website. We also use third-party cookies that help us analyze and understand how you use this website. These cookies will be stored in your browser only with your consent. You also have the option to opt-out of these cookies. But opting out of some of these cookies may affect your browsing experience.
Necessary Always Enabled
Necessary cookies are absolutely essential for the website to function properly. These cookies ensure basic functionalities and security features of the website, anonymously.
Functional
Functional cookies help to perform certain functionalities like sharing the content of the website on social media platforms, collect feedbacks, and other third-party features.
Performance
Performance cookies are used to understand and analyze the key performance indexes of the website which helps in delivering a better user experience for the visitors.
Analytics
Analytical cookies are used to understand how visitors interact with the website. These cookies help provide information on metrics the number of visitors, bounce rate, traffic source, etc.
Advertisement
Advertisement cookies are used to provide visitors with relevant ads and marketing campaigns. These cookies track visitors across websites and collect information to provide customized ads.
Others
Other uncategorized cookies are those that are being analyzed and have not been classified into a category as yet.
SAVE & ACCEPT
Go to Top